Hospitality and the Holy Imagination

Zach Franzen is the illustrator of The Green Ember (yep, that same book I keep raving on and on about). If you listened to S.D. Smith, the author of The Green Ember on the latest episode of the Read-Aloud Revival podcast, then you know that Sam thinks chatting with Zach is like getting a college degree.

Well. Yes. But I will say, it’s a lot more enjoyable than getting a college degree, too. :)

I’m so happy to share it with you. Read on and be blessed. 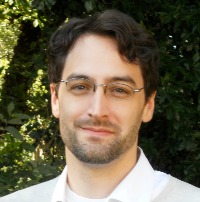 In the second grade, two friends and I used our recess time to dig a hole.

At the base of a wooded hill between the jungle gym and the tether ball pole, we scratched the red Carolina clay with sticks and fingers. Every day we covered the hole with pine branches to hide it.

This wasn’t just a hole made in the glow of childhood innocence. We weren’t digging for buried treasure or dinosaur bones. We were making a trap.

One of the boys claimed that every evening, cleaning-women swept the hill, and one was sure to step in our trap. The unlikelihood of a group of women hired to sweep a pine-needle covered hill never occurred to us.

However, the hilarious image of a surprised woman stepping into a hole motivated us to dig not for a day or two, but for weeks. Two points need to be made. Our imaginations fueled efforts that would have been tedious on their own.

Secondly, our seven year-old imagination was not a holy thing, which meant that our creative endeavors were inhospitable.

Elaboration on the first point would expand this post beyond a reasonable length, and I suspect that readers of this blog probably already understand the power of an ignited imagination.

However, I’m going to take the next few paragraphs to elaborate a little on the second point.

Hospitality is a hallmark of a Holy imagination.

Hospitality as an artistic goal collides directly and forcefully with the cult of self-expression. C.S. Lewis famously stated: “Of every idea and of every method the Christian writer [or artist] will ask not ‘Is it mine?’ but ‘Is it good?’”

By contrast, the cult of self-expression exalts in “mine” more than it exalts in “good.” Its adherents do not create art to serve others.

Rather, it suggests that art and others bend to the artist.

Outside of art we call this tendency self-worship, but in primary school, secondary school, and college we call it art education.

I recoil at this charge a little, because on some level I know I’m offending some sweet-faced art teacher who wears colorful clothes and hugs on kids.

On another level, I know that helping people be selfish is an unworthy goal for even the sweetest-faced teacher. Treating self-expression as the goal of art sanctifies the personal in a way that’s bad.

It encourages students to work on explanation rather than craft and discourages them from seeking common ground with the viewer.

In the cult of self-expression, the viewer is expected to serve the artist.

Let me demonstrate the type of art that prizes “mine” over “good.” The Turner Prize is a British award that goes to a visual artist under 50 years old.

In 1999 one of the short listed works was Tracy Emin’s work “My Bed.” The work is a literal bed she laid in for several days while she was depressed. The Tate Gallery exhibits it littered with underwear, used tissues, soiled sheets and the refuse of the artist’s personal life.

Last July it was sold for £2.5 million. When asked by an interviewer why it was art, she responded, “It’s art because I say it is.”

This response isn’t merely egotism. It is a view on how she thinks the world should be organized. It is the proud insistence of the artist’s authority over the viewer, and it extends back to Marcel Duchamp, who, in the early 1900’s, found a urinal, wrote a fake name on it, and called it art.

Instead of using the common vocabularies of the created order to sub-create, these artists act as Creator, create their own vocabulary, and insist that the viewer take lessons.

The sale of “My Bed” reveals a problem deeper than a silly expenditure of money. A society that prizes this sort of thing in its art galleries lacks empathy for viewers.

It encourages viewpoints without reasons and asserts that truth is ugly. It is a society of narcissists.

So, is there is another way to use one’s imagination? A less selfish way? Yes.

Artists should be good hosts. At the very least they should serve a meal they are willing to eat themselves.

Perhaps it is clarifying to use cooking as an example.

Likewise, a good artist does not despise his audience and say, “It’s good because it’s mine. It’s art because I say it is.” 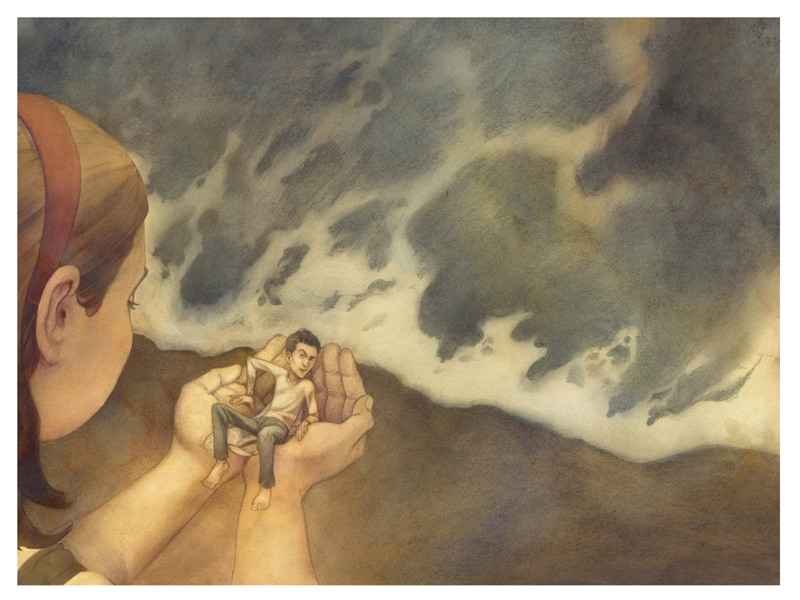 Art should serve, and Christian artists should serve in a way that’s full of both grace and truth.

Think about it. What’s more hospitable than displaying the beauty of truth?

Greater love for one’s guests will compel one toward greater craft in writing and music and every other art form.

If you’re anxious about cultivating your child’s skills in art or music beyond your own abilities, help them to love others. Love for others will give shape to their craft more than mere lessons.

Train them as hosts who cook, draw, sing, and write.

So, here’s the takeaway:

The holy imagination will produce art that loves one’s neighbor, not one’s self. So grow your child’s love for people, and they will acquire the tools to serve others better.

Get the best episodes and reources
from the Read-Aloud Revival

Keep an eye on your inbox! We'll keep you posted whenever we have a new podcast episode or a great free booklist or resource for you.

What we do best: